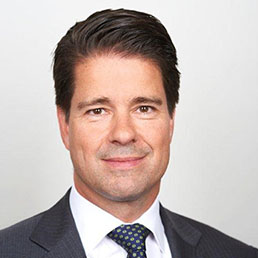 Before retiring from his banking career, Karsten Le Blanc was a Managing Director in the International Wealth Management division of Credit Suisse in London, where he was responsible for the bank’s UK Ultra High Net Worth Clients business. Prior to this, he was a Managing Director at Deutsche Bank AG, London in the Asset & Wealth Management division.

From 1992 until 2013 he worked at Credit Suisse in a variety of senior roles in the investment bank’s Fixed Income and Equity divisions in London and Zurich before moving to the bank’s Wealth Management division in 2006. He began his career at Credit Lyonnais in Paris in 1990 in Fixed Income Derivatives. Karsten has non-executive director roles with various private companies in addition to his role at DART and is an active private investor. He holds a degree in Economics from Tilburg University in The Netherlands.

Karsten is an active participant in historic and modern motorsport, loves skiing, cycling and generally staying fit. Travel and enjoying good food in great company are other favourite pastimes.

Meet the other Advisory Board members.