Before Gerardo Palacios retired from his active banking career, he held several senior positions at UBS Wealth Management for the Latin American market starting in Geneva as Desk Head of the Brazil team and then of the Central, Andean and South (CAS) teams. He was appointed CEO of UBS Uruguay Ltda and headed U 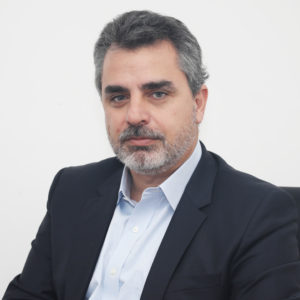 BS’s representative offices in Santiago de Chile and Lima (Peru) from Montevideo. A position he held until he was promoted to Local Regional Manager for the CAS team based in Zurich.

Previous to UBS, Gerardo worked for the Private Banking division at ABN AMRO Bank NV first out from Montevideo, and then from Sao Paulo and Geneva were his last position was as Regional Head for Latino America.

Today he is involved in several local projects and businesses in addition to serving a select group of clients through his company Auster Advisors, a highly specialised Multi Family Office boutique.

Gerardo Palacios lives with his two children and his wife in his native Uruguay.

Meet the other Advisory Board members.